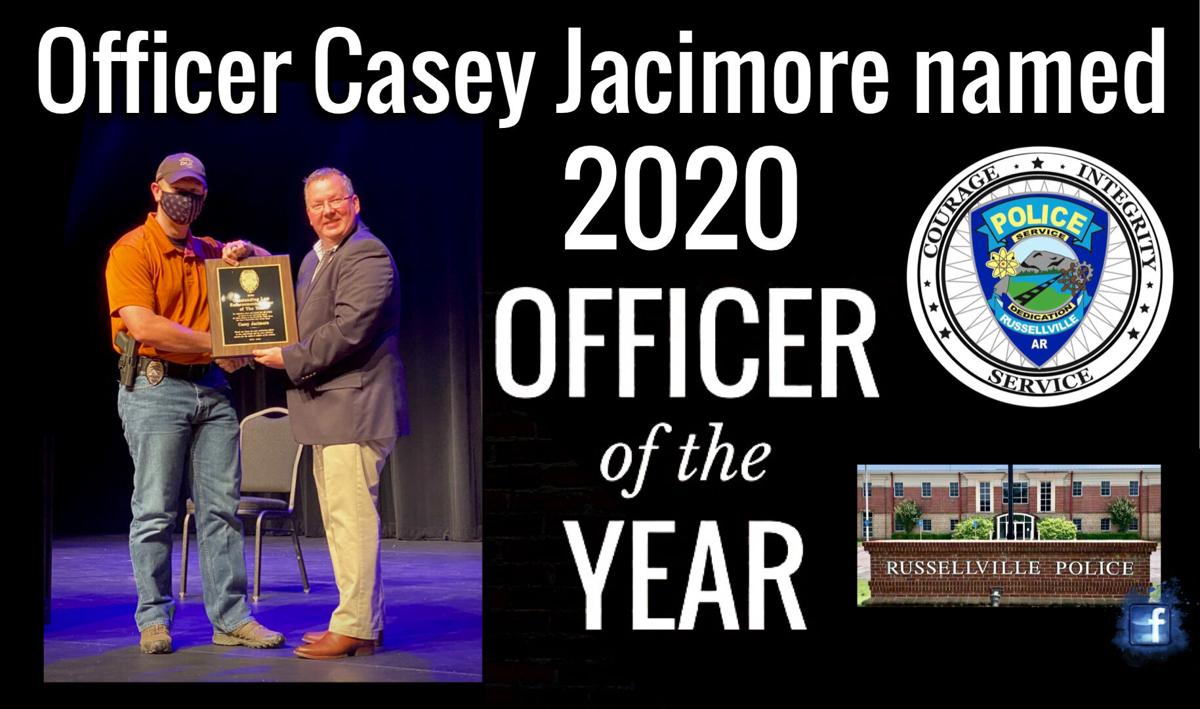 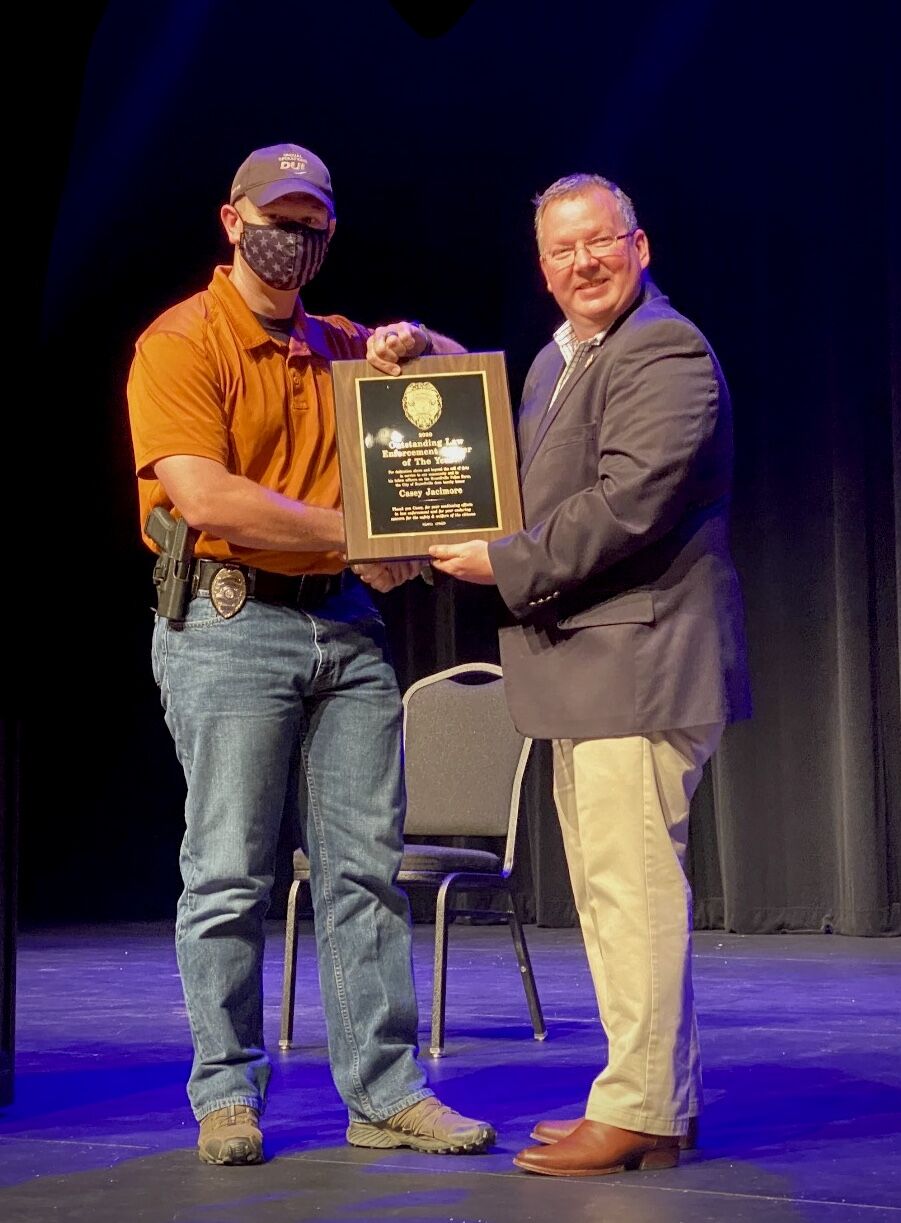 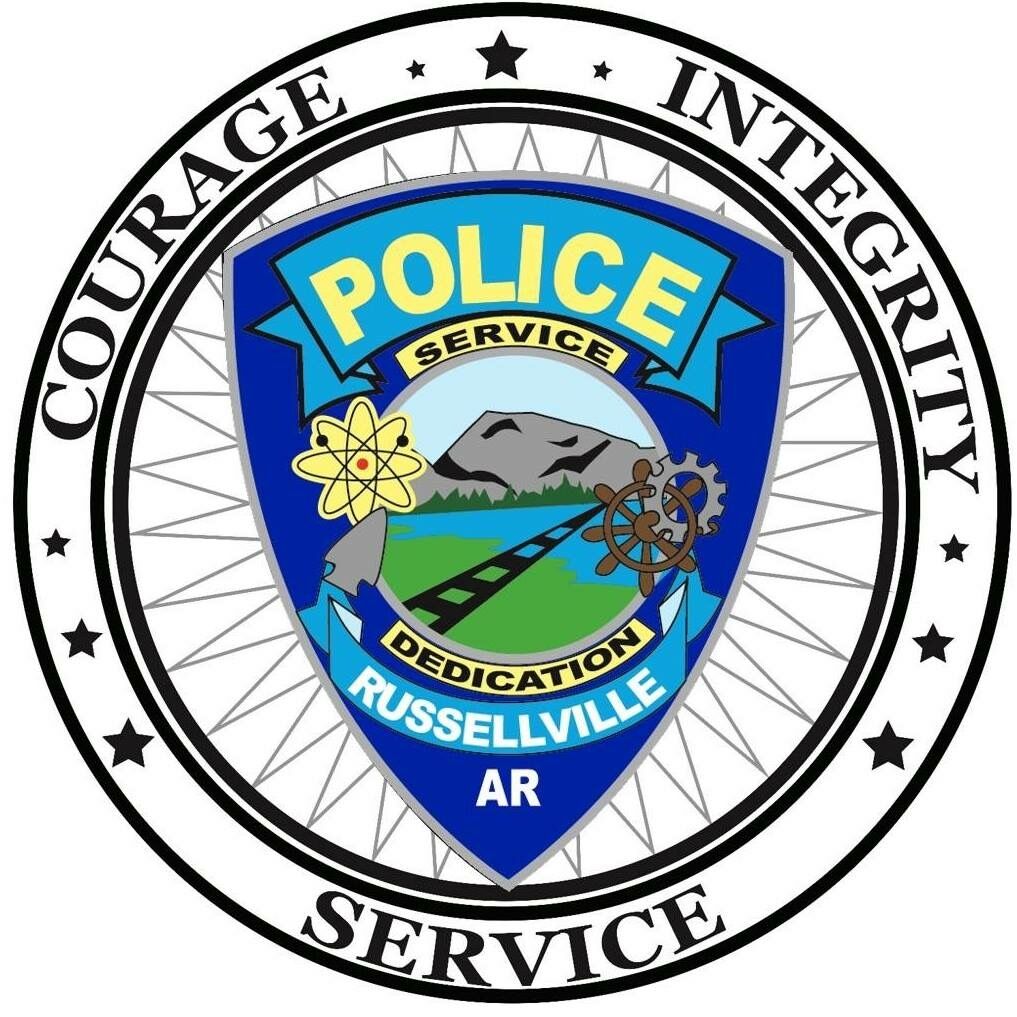 On Thursday, December 10th, the Russellville Police Department held its 2020 Awards Ceremony where several officers were recognized for their service to the department.

The 2020 Officer of the Year is Officer Casey Jacimore. This award is given to an officer who has distinguished his or herself through either an accumulation of exceptional contributions or a single incident, and whose actions clearly place the individual above others of equal rank or grade.

Chief David Ewing made the following statements about the reasons Officer Jacimore was chosen for this award.

“During your tenure with the department, you have demonstrated an exceptional work ethic and dedication to our profession in your daily work routine. You have been described as a solid police officer who is dependable, a good decision maker, and professional in your dealings with the public.”

Chief Ewing continued, “As a Drug Recognition Expert, you have been willing, without hesitation, to respond in your off-duty time to assist in drug driving investigations. During the process of selecting the future canine officers for the department, you were listed as one of the top candidates by all the supervisors in this department. This speaks volumes to your reputation as a dependable, professional, law enforcement officer with this department.”

Sergeant David Bevis, Cpl. Brett Greathouse, and Officer Jimmy Richard were awarded the Department’s Life Saving Award for their use of Naloxone on overdose patients. They were further recognized by the Criminal Justice Institute for their actions. Sergeant David Bevis was awarded the Department’s Meritorious Service Award for his work in the newly formed Criminal Patrol Unit.

Corporal Roberto Aponte was awarded the Department’s Meritorious Service Award for his work with the Criminal Investigative Division as an interpreter.

Lt. Phillip Varnell was awarded the Department’s Meritorious Service Award for his actions during protests that occurred the summer.

Captain Eric Ezell was also recognized for their 20 years of service with the department.