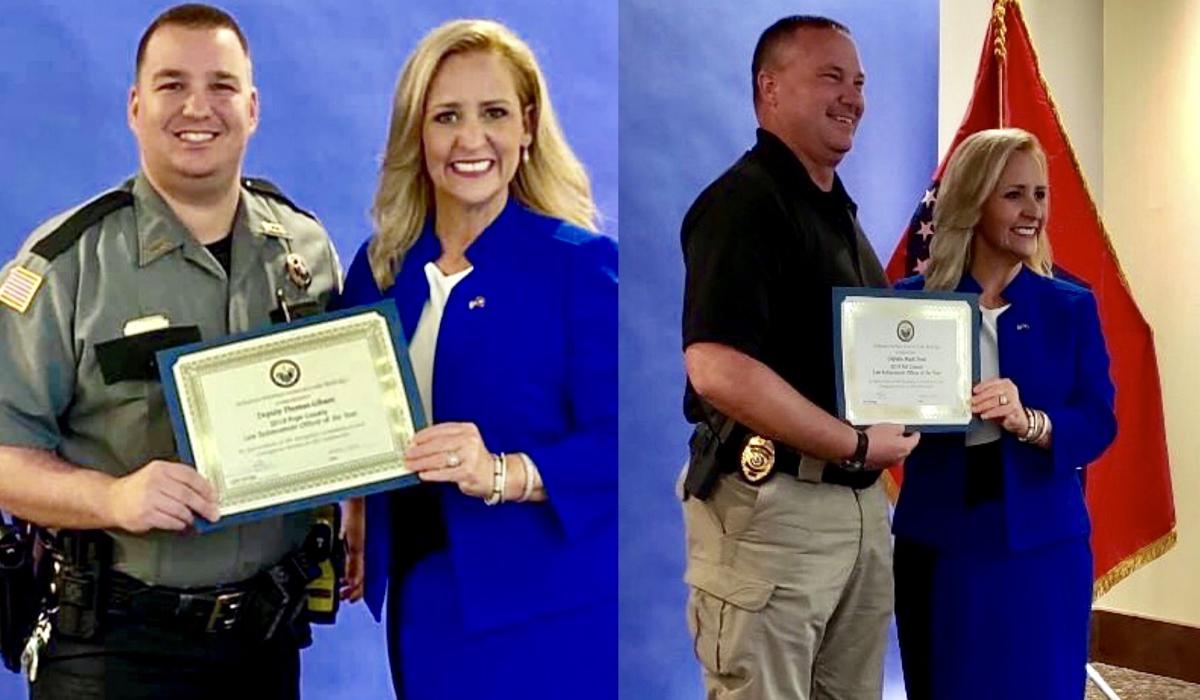 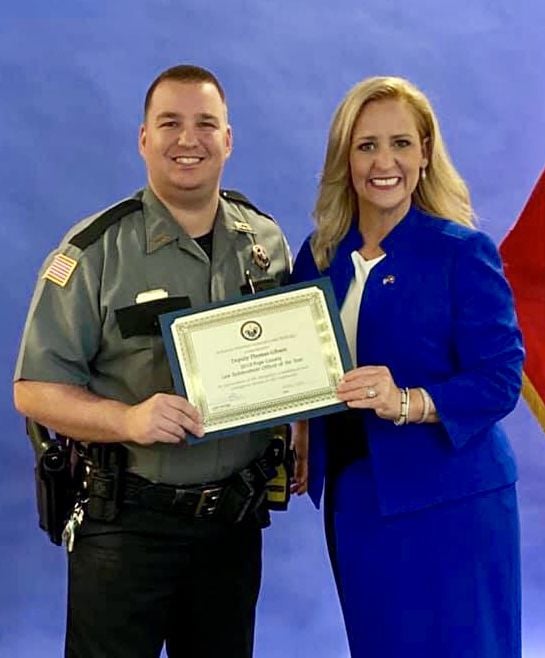 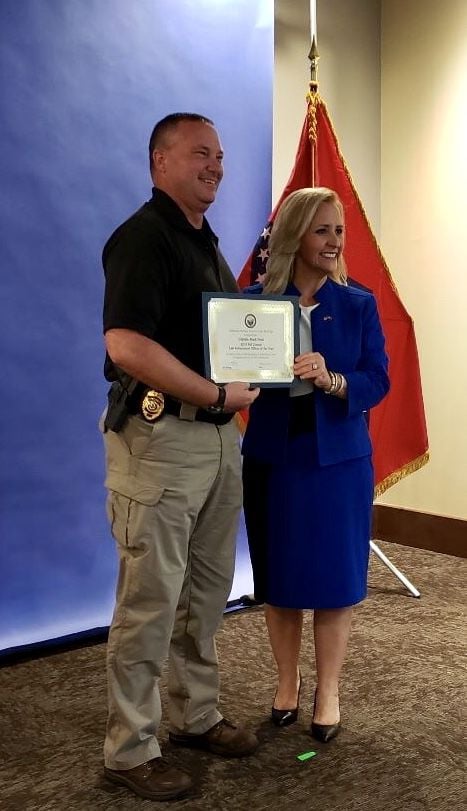 Congratulations are given to two River Valley law enforcement officers who were named Officer’s of the Year by Arkansas Attorney General Leslie Rutledge.

On Tuesday, October 1, 2019, Attorney General Leslie Rutledge recognized one outstanding law enforcement officer from each county in addition to the statewide and regional award winners during the 2019 Law Enforcement Summit that was held at the Benton Event Center.

These officers have worked hard to earn the prestigious honors and we  congratulate both of them for receiving the awards.

A mix of clouds and sun. A stray shower or thunderstorm is possible. High 92F. Winds E at 5 to 10 mph.