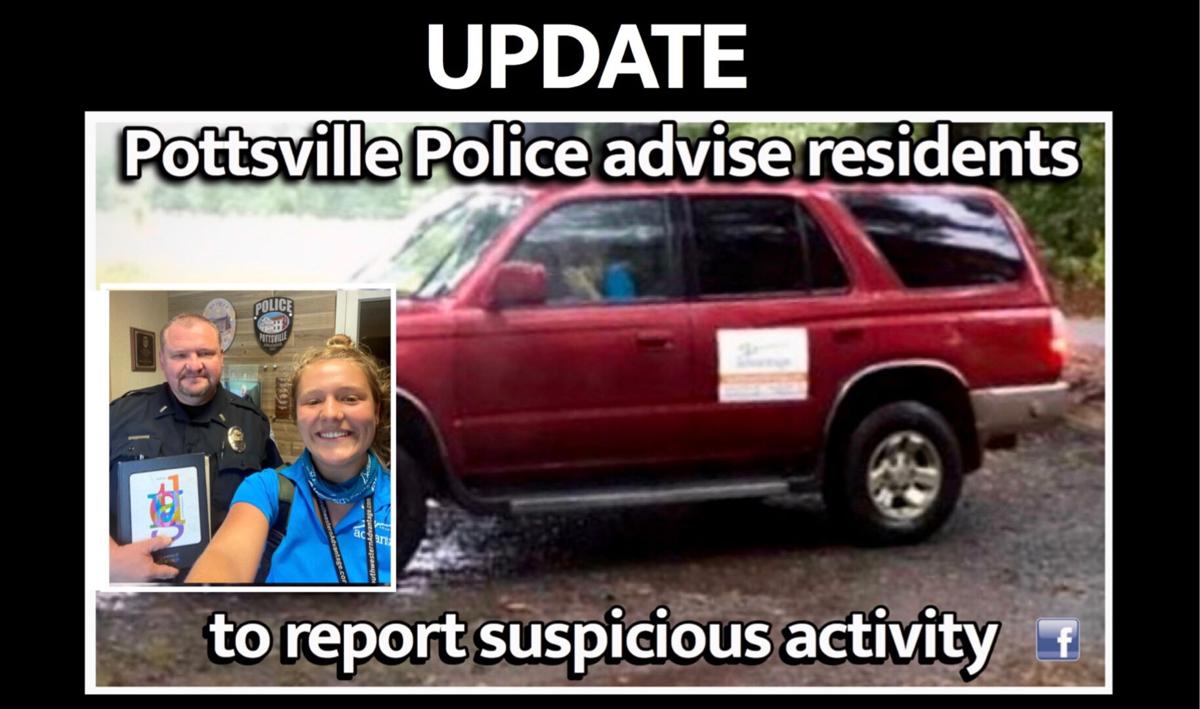 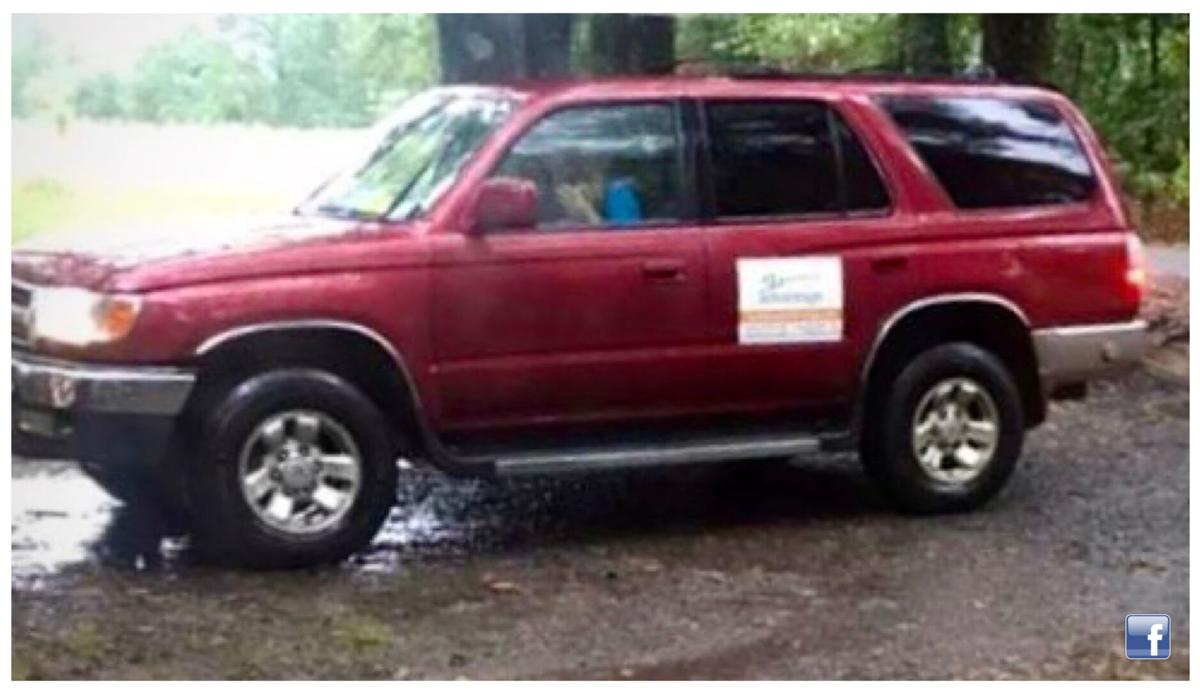 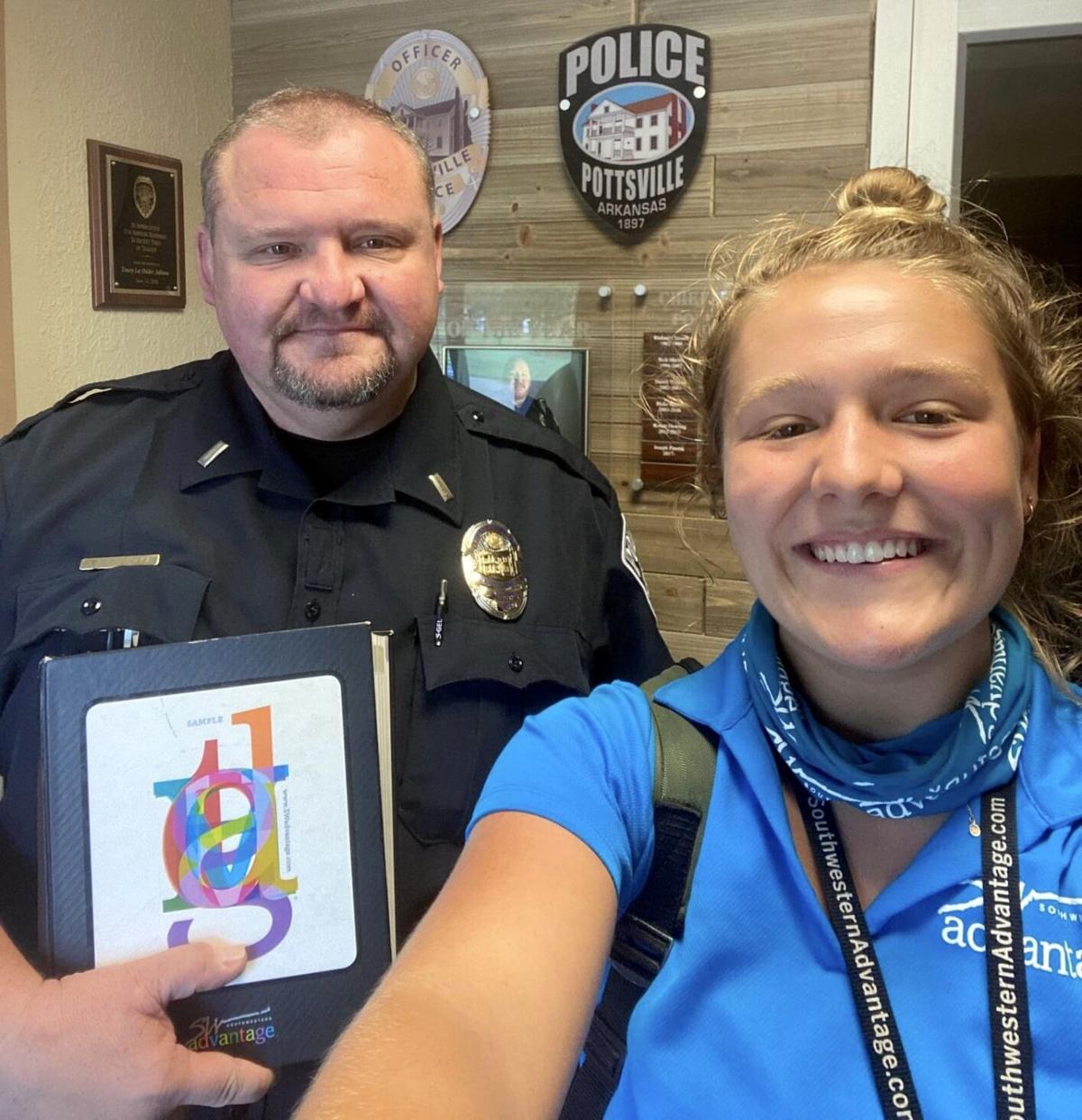 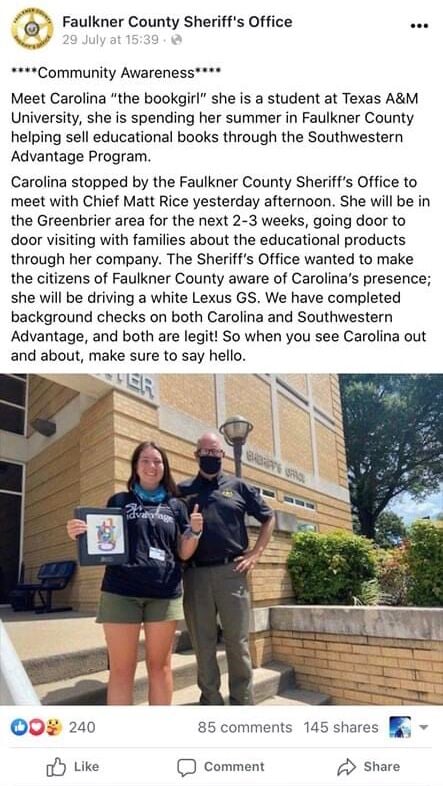 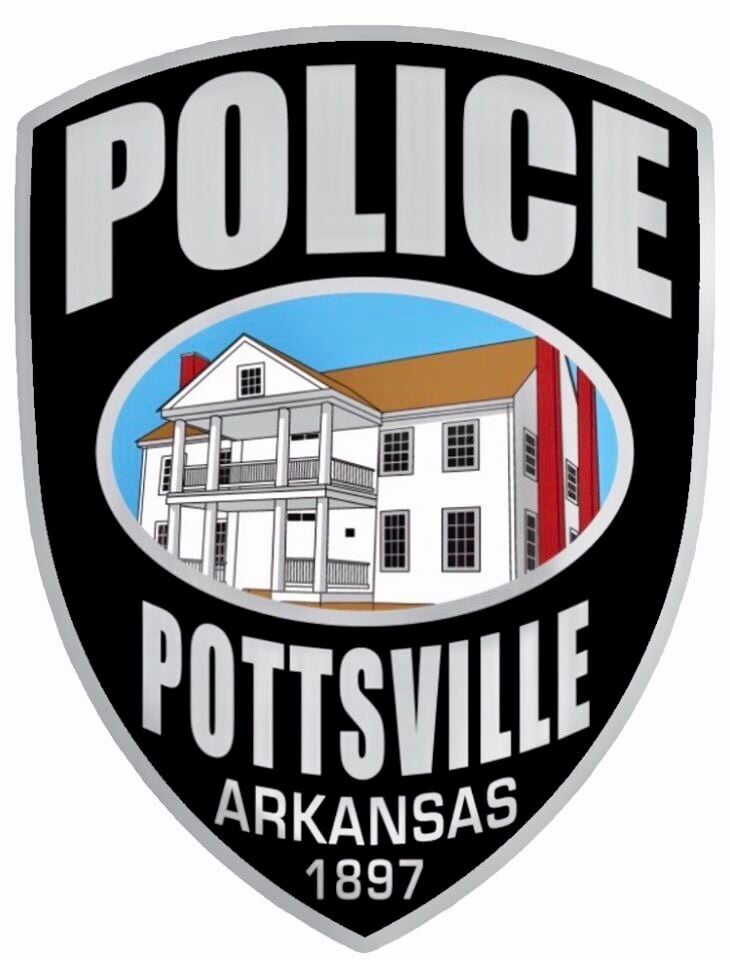 After sharing information on Wednesday, August 12 concerning a female selling books in the area the Pottsville Police Department was contacted by several of their Facebook followers who stated the have met her and that her name was Carolina “the book girl”.

Carolina heard about the post and the information shared and on Thursday morning, she met with Lieutenant Pritchard at the Pottsville Police Department to clear everything up.

During the meeting, officers learned that Carolina is a student at Texas A&M University and she is spending her summer in Arkansas helping sell educational books through the Southwestern Advantage Program.

Officers also later learned that the Faulkner County Sheriff's Department conducted background checks on both Carolina and Southwestern Advantage, and both are legit.

The Pottsville Police Department wanted share the updated information with readers and thank Carolina for stopping by this morning to clear everything up.

The Pottsville Police Department received a couple calls on Tuesday, August 11, 2020, concerning a female who was in the River Road area trying to sell children's books to families.

The female was driving a vehicle described as a maroon Toyota 4-Runner bearing a Texas license plate.

One of the callers reporting the suspicious female stated that she stopped to show her a book and pictures of herself with another family. When she told the female she was not interested, the female asked if there were any other kids or elderly in the neighborhood.

After receiving the calls, Pottsville Police officers were able to locate the vehicle and identify the female driver. She did not have a business permit to sell anything inside the city limits of Pottsville so she was told to obtain one or leave. The female chose to leave town instead of obtaining the needed permit.

The Pottsville Police Department advises residents to keep an eye out because at this time, they are unsure of how many of them are in the area or if they are truly only selling books.