"Today, Cherokee Nation Businesses and Pope County jointly filed a lawsuit in Pope County Circuit Court asking a judge to prevent Gulfside Casino Partnership from attempting to build a downsized casino that is not authorized under its casino license."

“Pope County deserves a responsible operator that has a stellar track record of keeping promises made to communities, employees and local vendors. While there are many legal proceedings left in this process, our commitment to Pope County and securing the casino license has never been greater. We remain grateful for the exclusive and unwavering support of Pope County Judge Ben Cross and his commitment to securing the best fit for Pope County pursuant to Amendment 100. We also want to thank the community at large for the continued outpouring of support. We take to heart each letter, e-mail and social media message received, as well as every conversation had at our office in downtown Russellville.” – Chuck Garrett, CEO, Cherokee Nation Businesses

“Today, Cherokee Nation Businesses and Pope County jointly filed a lawsuit in Pope County Circuit Court asking a judge to prevent Gulfside Casino Partnership from attempting to build a downsized casino that is not authorized under any casino license, was not included in their application nor presentation to the Racing Commission, and is not even located on the same property connected to their original proposed project. In July, we presented evidence to the Commission that questioned Gulfside’s intent or ability to construct or operate the proposed project. In response, Gulfside’s attorney stated that the license could be revoked by the Commission if Gulfside does not build what they promised to build. Nonetheless, only weeks later, Gulfside presented to the City of Russellville’s Planning Commission project plans for a significantly smaller casino with no hotel at all. Either Gulfside believes their license will allow this version of a casino or they believe the Commission will take action to allow it. The County and CNB are asking a court to make clear that neither option is legally possible.” – Dustin McDaniel, legal counsel for Cherokee Nation Businesses

Read the attached filings for more information and check back for updates as they become available. 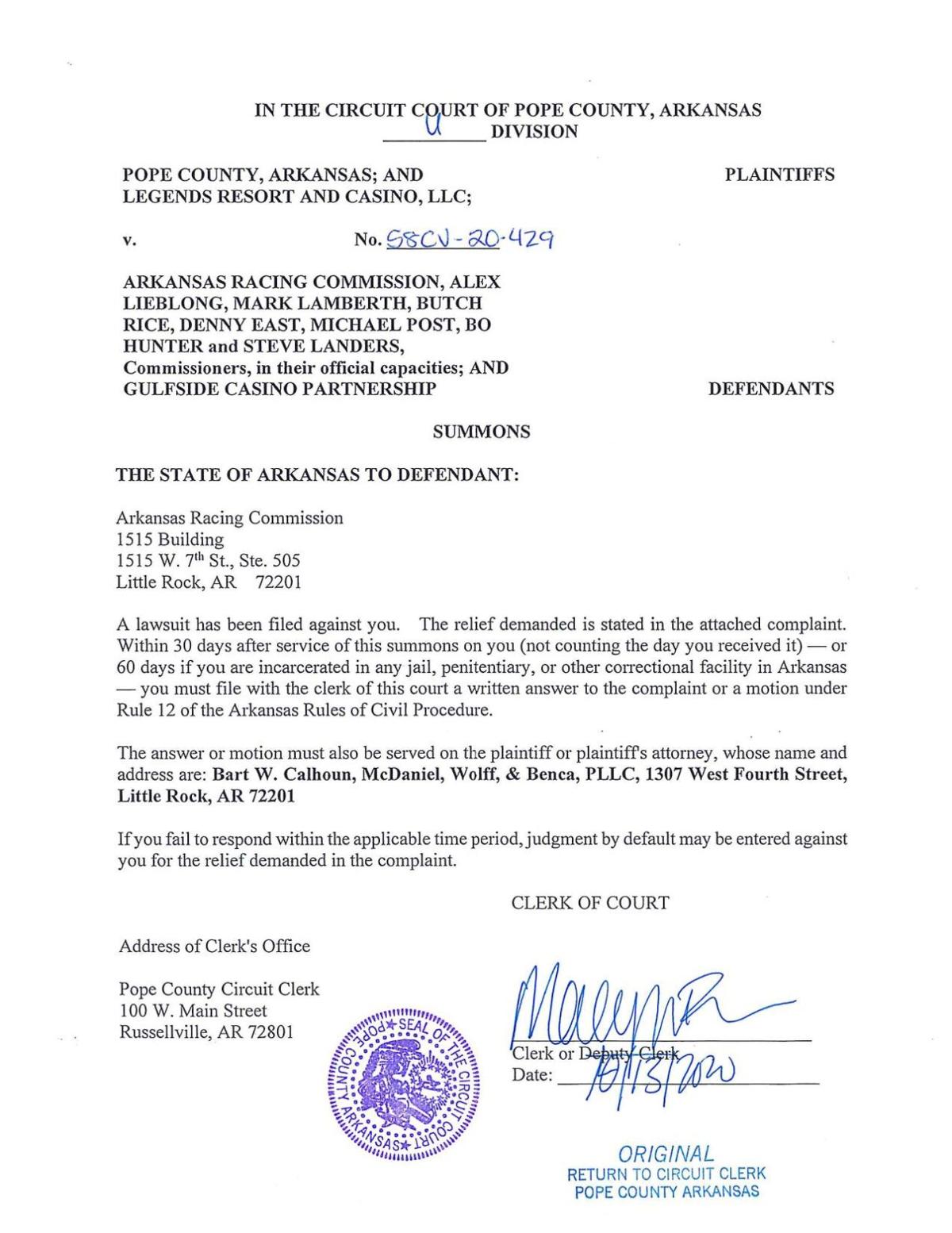 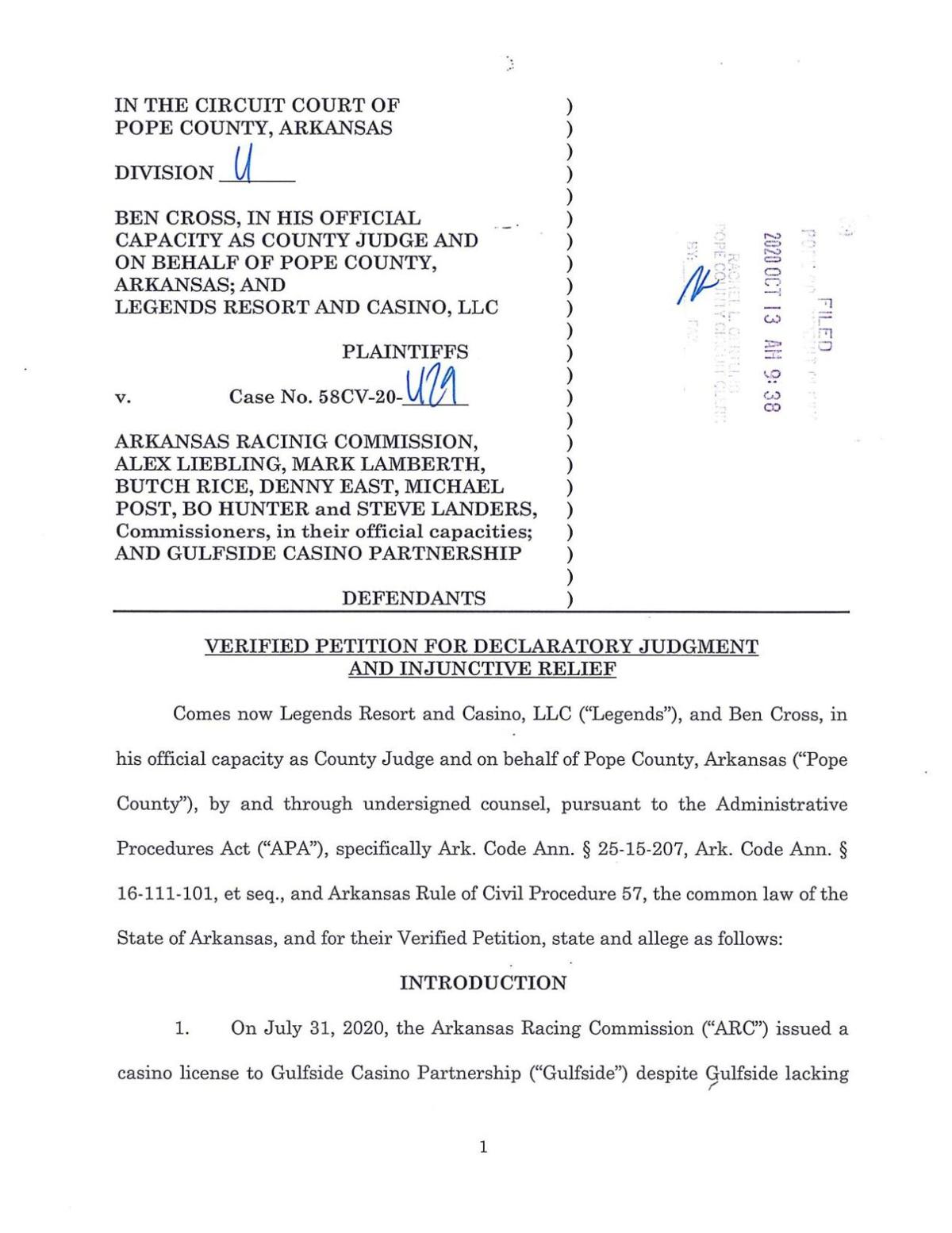 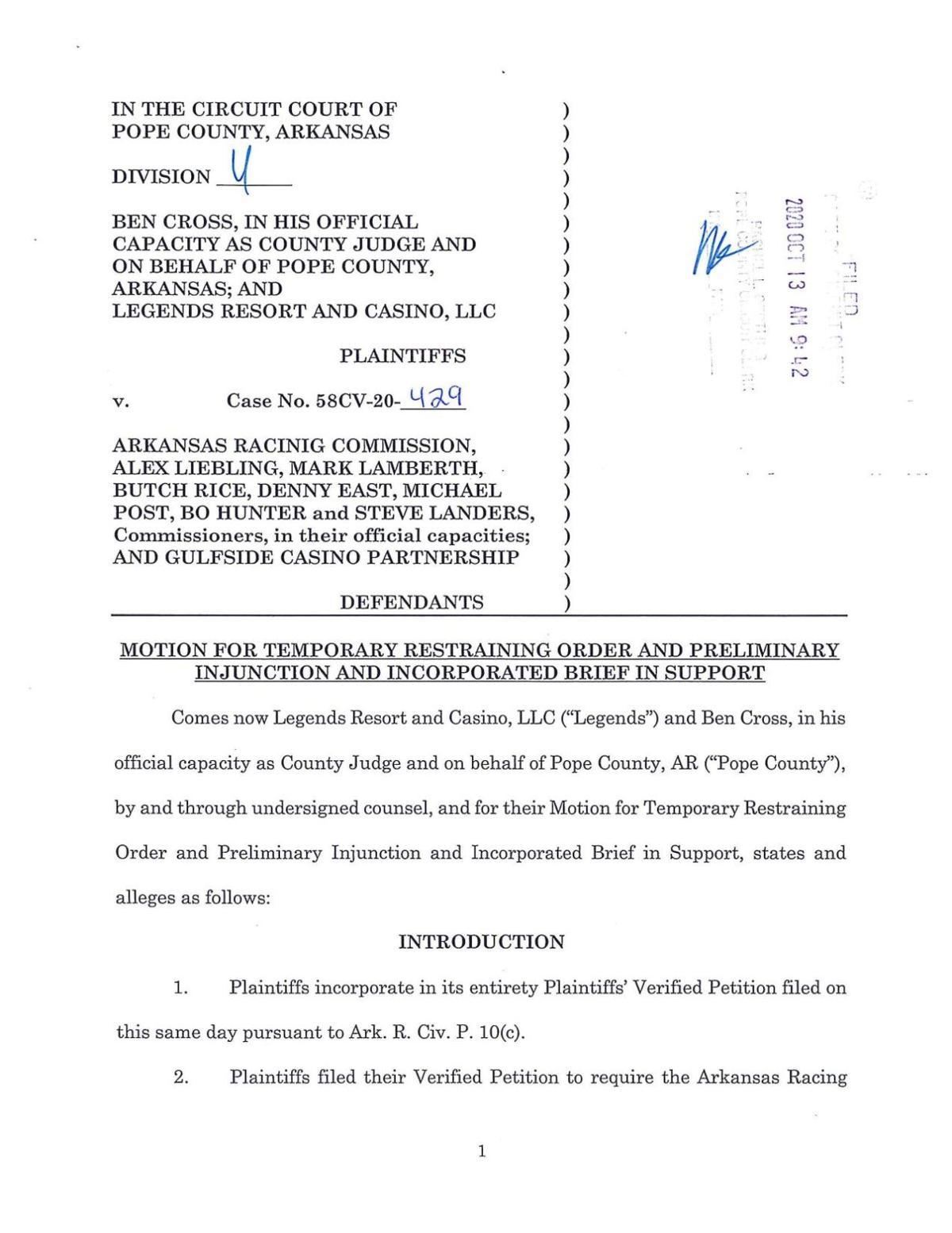