Pope County Judge Ben Cross released a statement regarding a series of documents presented to his office through a Freedom of Information Act Request, which he alleges show collusion between current Justices of the Peace and a former potential casino operator in Pope County.

"On Wednesday, Dec. 15, my office received a series of documents derived pursuant to a Freedom of Information Act (FOIA) request compiled from various entities," Cross said in a statement. "The contents of those documents provide a very troubling and disheartening path of deep collusion between a number of self-proclaimed, ardent “anti” casino justices of the peace, and the lobbying firm for the Choctaw Nation. To discover the registered lobbying firm of a former casino gaming applicant for Pope County directly funded the campaigns of several justices through PACs titled in such a manner to invoke emotional concern is deeply disturbing. Furthermore, to learn (5) of the (7) justices who called for this special Quorum Court meeting were the direct recipients of such funding brings into serious ethical consideration the motive behind such action. Learning the same group who have sought to politicize and demonize my actions of carrying out a constitutional mandate, are in fact, being backed by the very group they profess to oppose, brings serious integrity issues to light."

A called quorum court meeting scheduled for Thursday has an agenda item for exploring other letters of support for casino operators in Pope County, despite the fact that the Arkansas Racing Commission awarded the license to Cherokee earlier this year.

The move prompted a letter from Cherokee's legal team, claiming it could breach the operator's EDA with the city, which could cost Pope County $150 million, according to the letter.

According to the letter, the EDA provides $38.8 million up front to be distributed among county, cities, fire protection districts and associations within Pope County. Cherokee is also legally required to pay a flat $2 million per year, plus adjustments for inflation to a charitable foundation that benefits only causes in Pope County, which includes government entities such as cities, school boards and the county itself.

Cherokee is legally required to pay $100,000 per year, plus adjustment for inflation, to the Russellville Economic Development Alliance.

Thursday's meeting could breach the EDA and end those economic incentives, the letter said.

"I believe we are only a matter of weeks from issuing the $38.8 million check, "the letter said. "The only barrier to the issuance of a check is the remaining litigation, which is either moot or without merit, including grail arguments regarding casino gaming experience. Regarding entities or persons that try to convince you [the quorum court] that the current litigation has merit, their track record at the Supreme Court would suggest otherwise...in short, the EDA you would potentially be voiding on Thursday, in favor of resolutions that will result in neither revenue for the county nor delay of the operation of a casino, is on on its face worth more than $150 million. Regardless of where one stands on the casino issue, I would respectfully suggest that issuing resolutions to other entities would go against the financial interests of Pope County."

Earlier this week, Cross called out justices who previously said they would never consider a casino operator.

“The Quorum Court through the adoption of administrative procedures have elected to call a meeting of their own fruition to revisit a topic that has been resolved by the issuance of a casino gaming license pursuant to a Supreme Court mandate," he said. "For the signers of the called meeting to have previously passed (6) Resolutions in repeated admonishment of my actions throughout the casino litigation process, only to now actually propose discussion of considering a “pro” casino resolution, speaks to the inevitable hypocrisy of the entire issue. Ultimately, my chief concern is to ensure the severability clause of the Economic Development Agreement remains intact by remaining committed to the current license holder, Cherokee Nation Businesses / Legends, LLC. It would be an absolute irresponsible fiscal act for the Quorum Court to consider any measure that would invoke the severability clause of the EDA, thereby depriving Pope County and its’ municipalities of economic infrastructure funding.”

The documents are included below. River Valley Now will reach out to JPs for more information regarding this story. 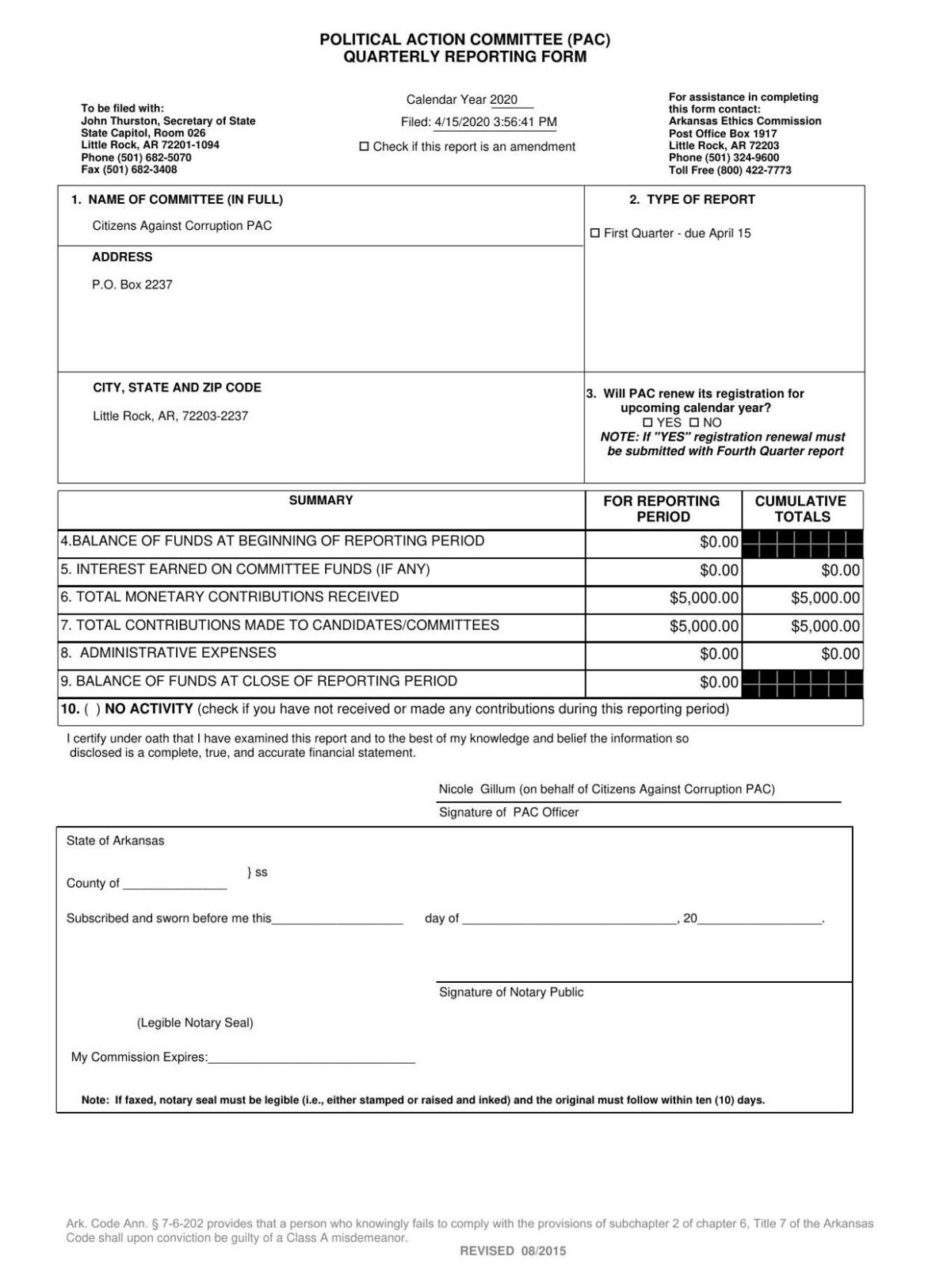 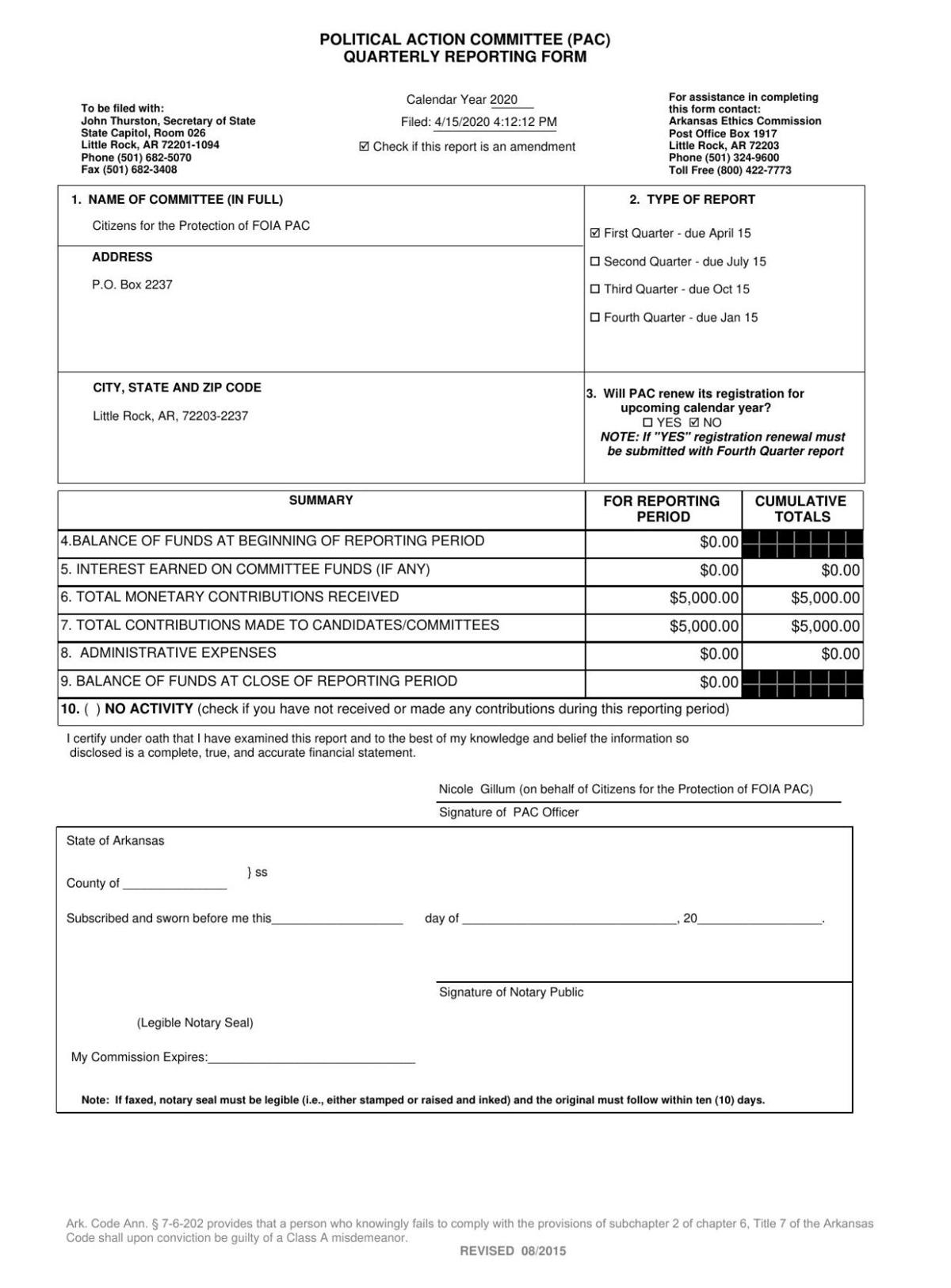 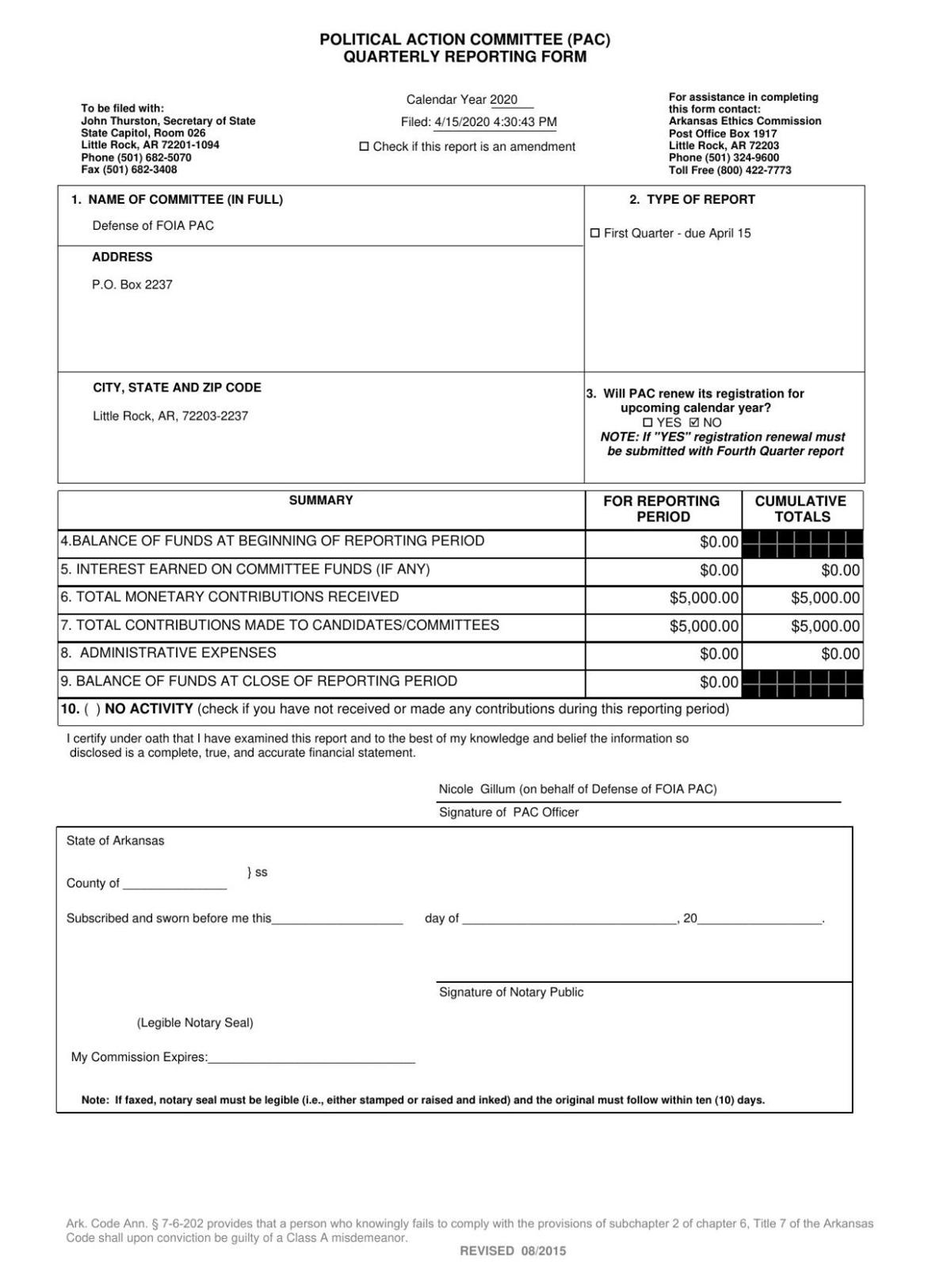 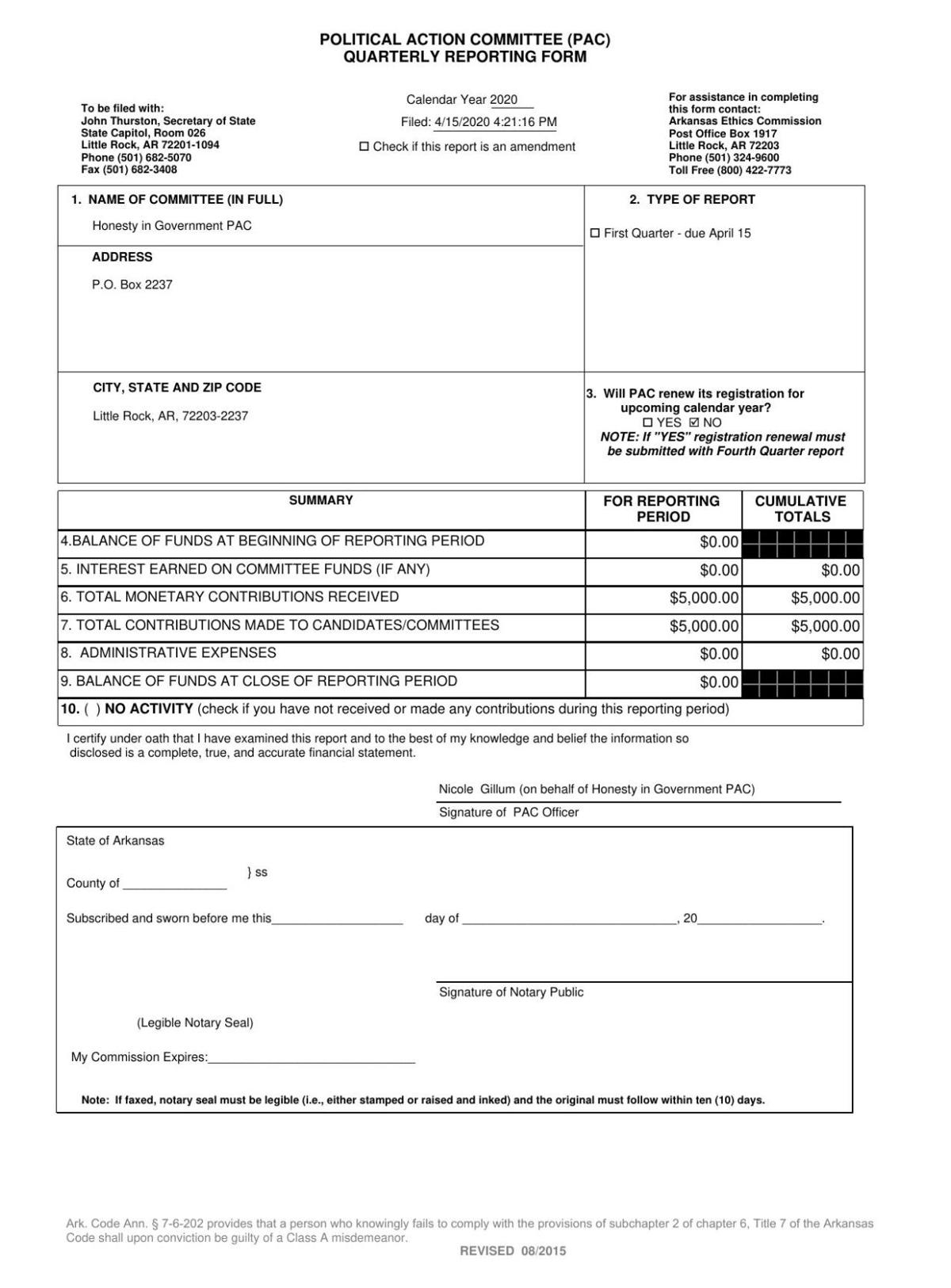 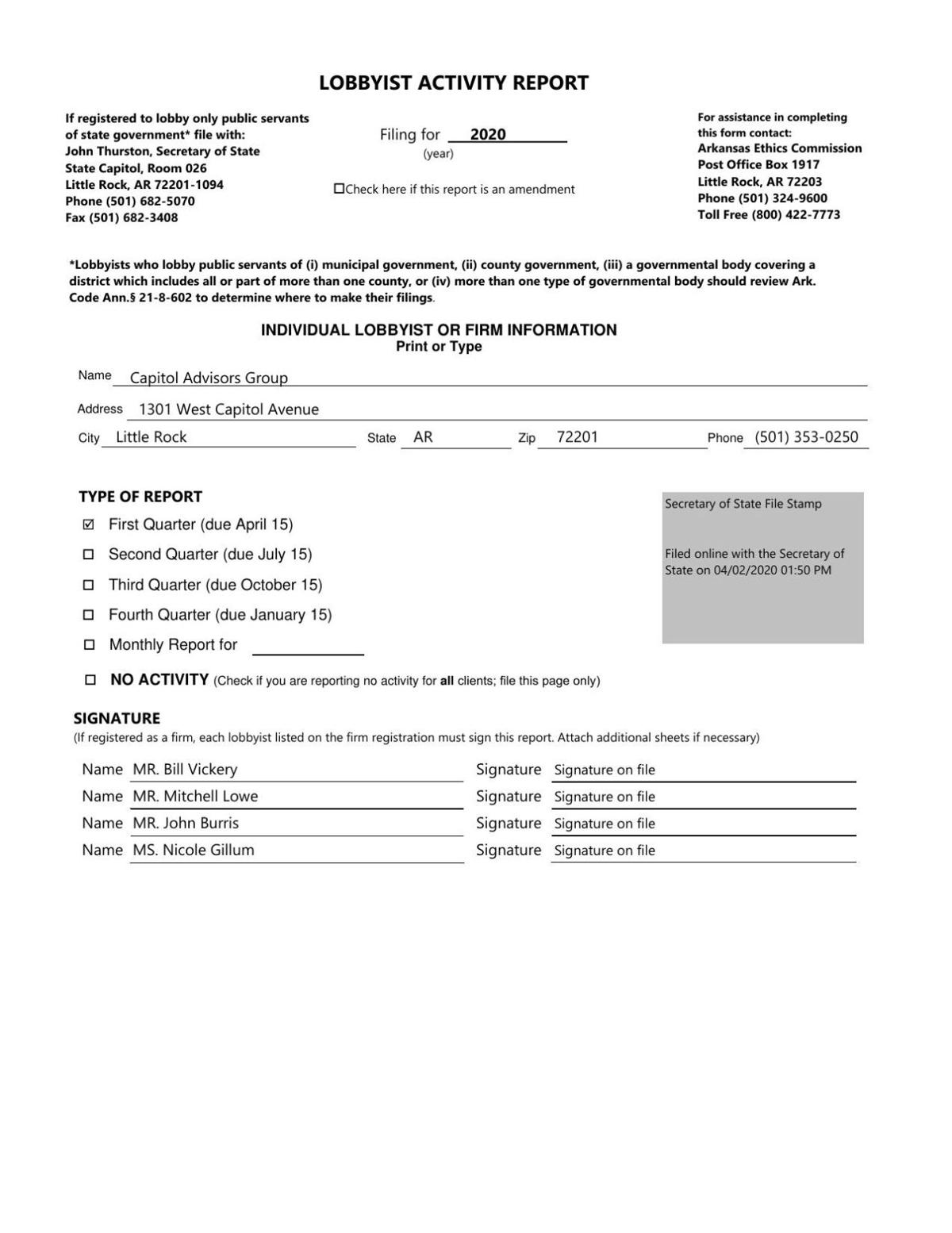