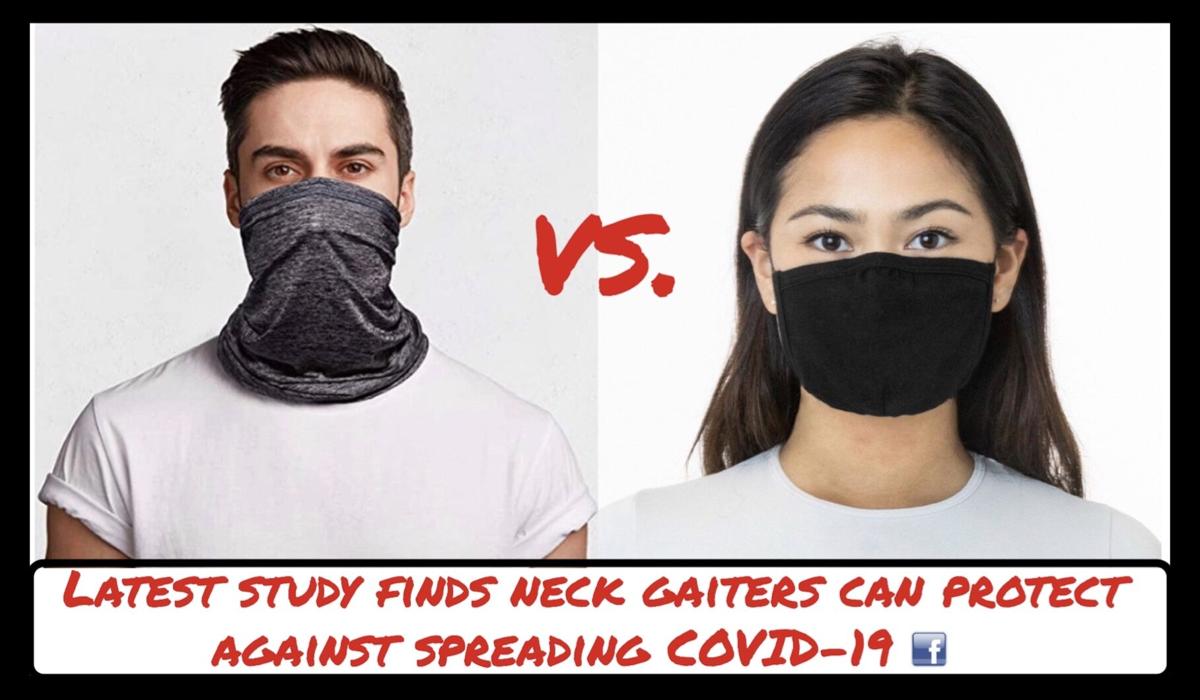 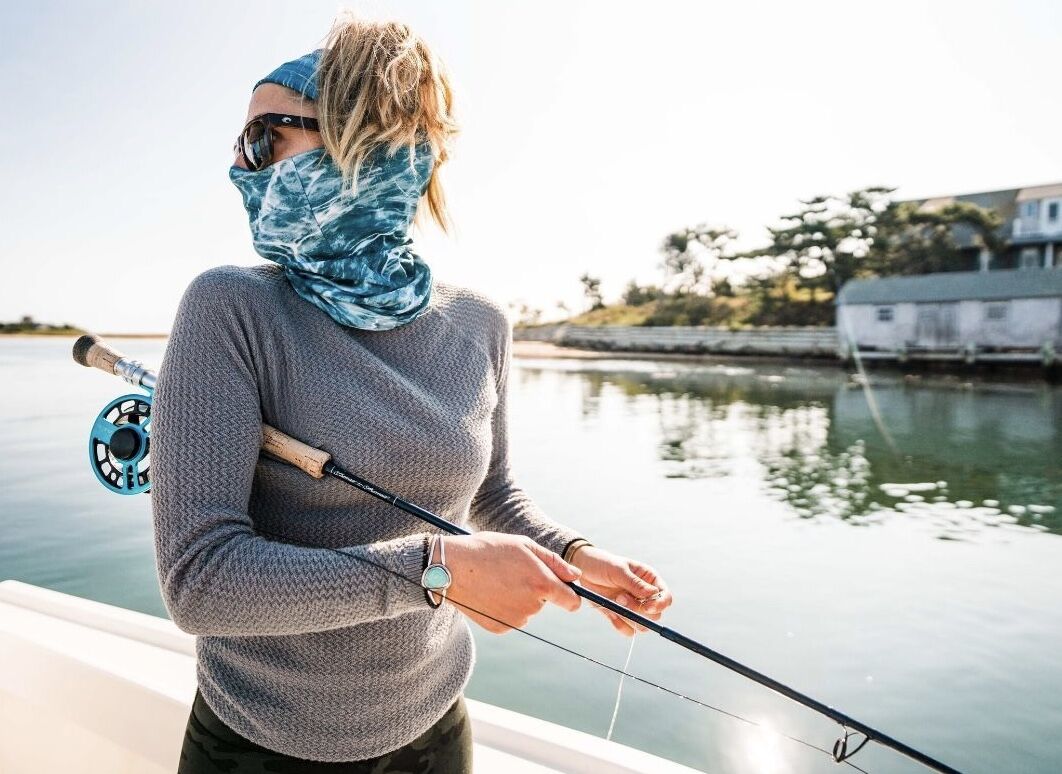 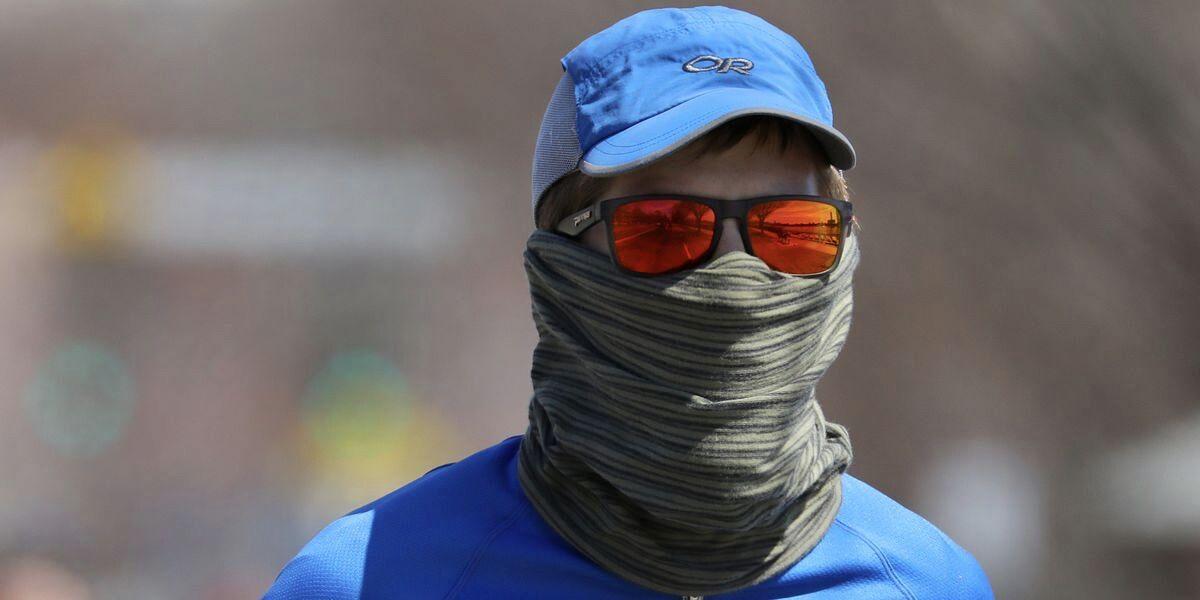 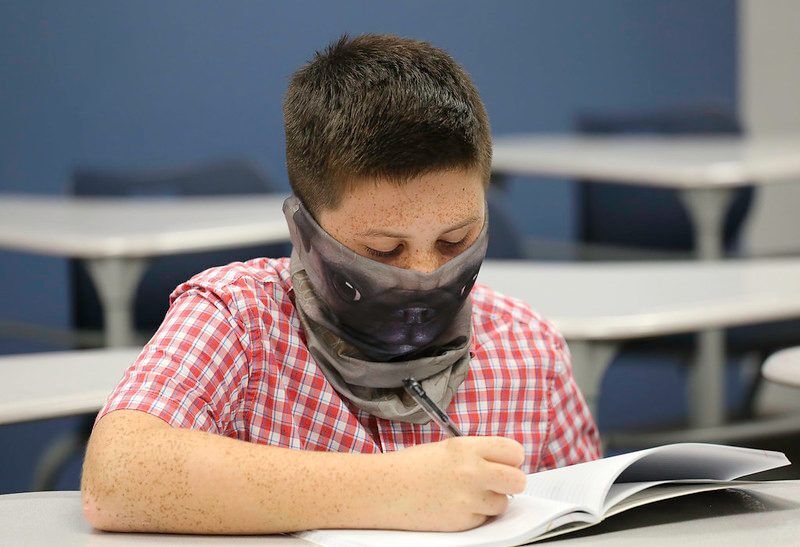 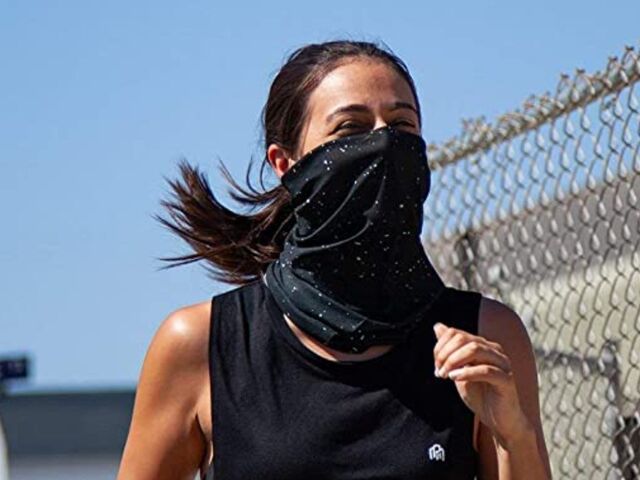 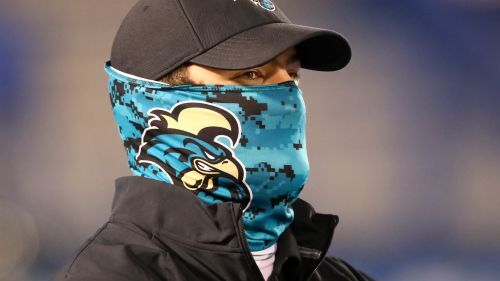 While the CDC does not recommend wearing neck gaiters to protect against COVID-19, a new study shows they may be more effective than some cloth face masks at preventing viral spread. (Scott Winters/Icon Sportswire via Getty Images) 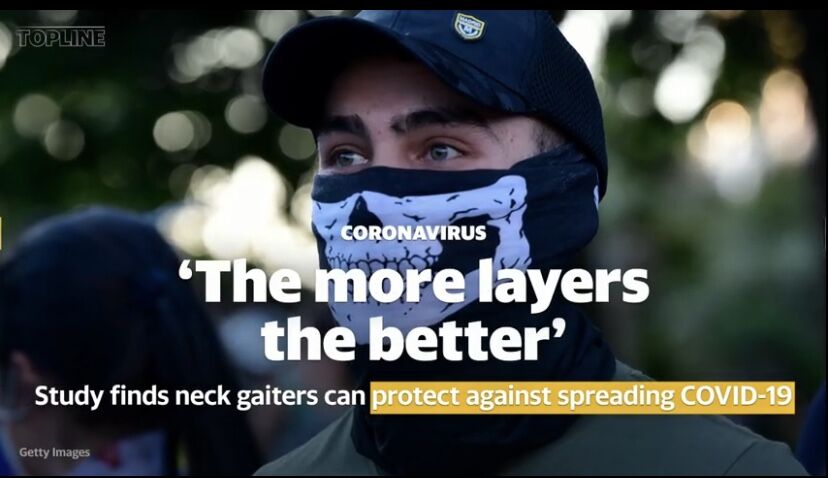 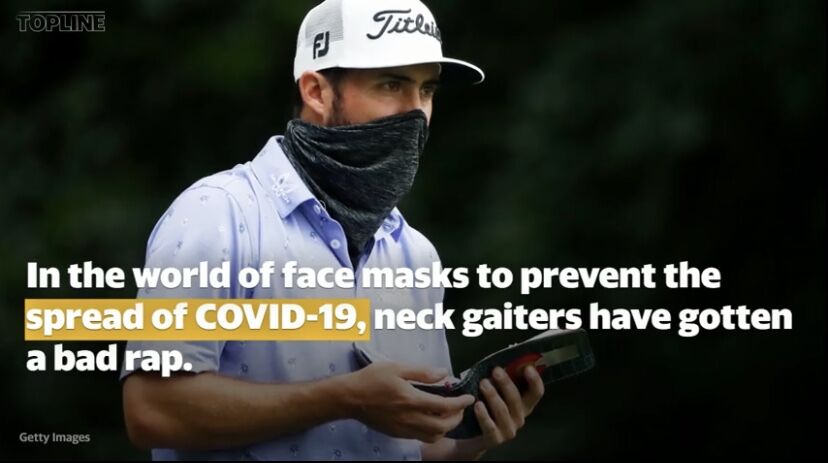 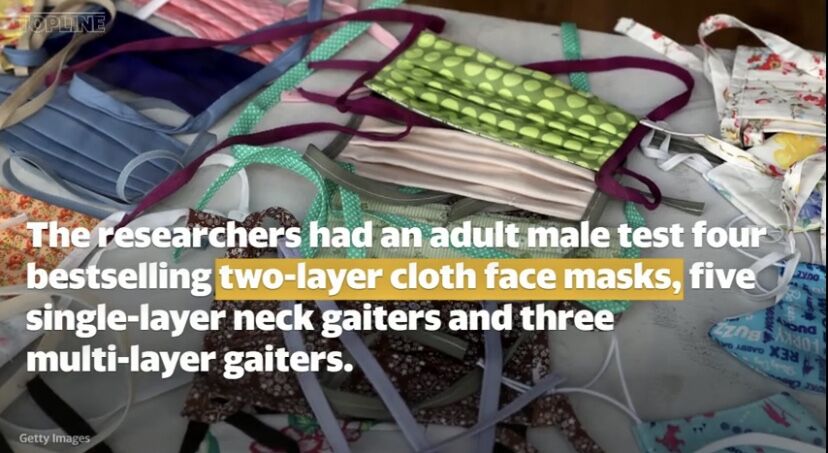 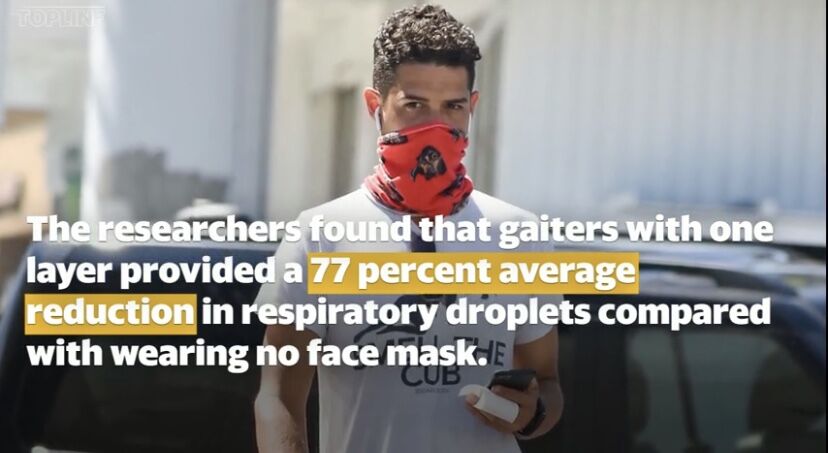 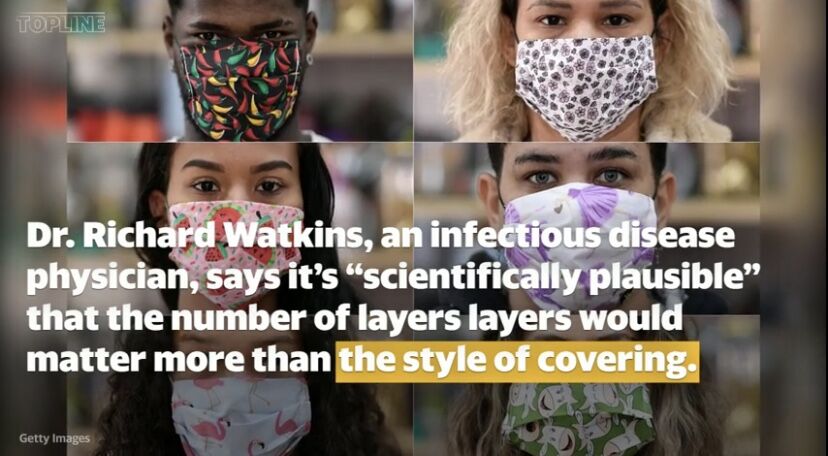 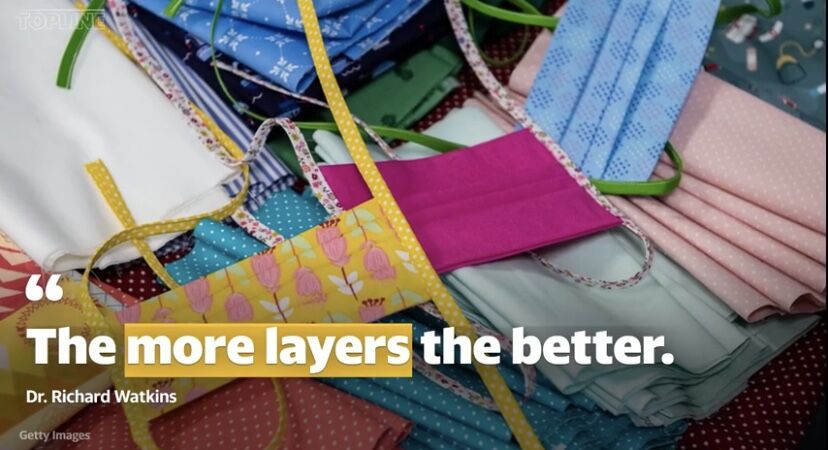 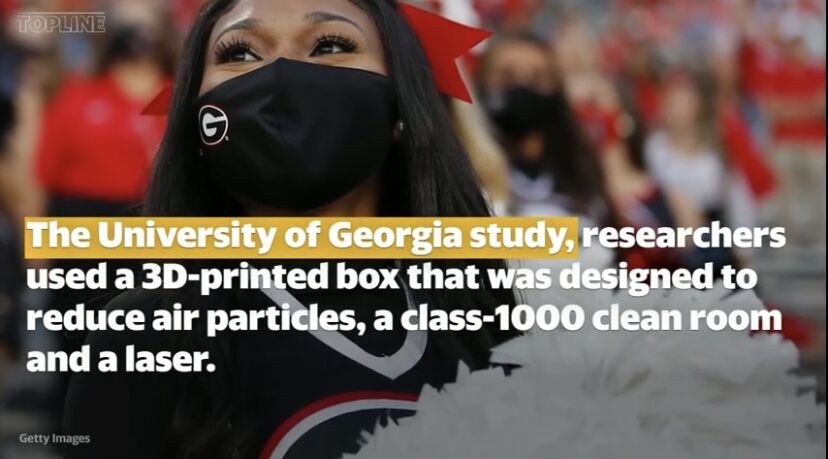 While the CDC does not recommend wearing neck gaiters to protect against COVID-19, a new study shows they may be more effective than some cloth face masks at preventing viral spread. (Scott Winters/Icon Sportswire via Getty Images)

In the world of face masks to prevent the spread of COVID-19, neck gaiters have gotten a bad rap. In fact, they’re not considered acceptable face coverings at Disney World as well as many other places. The Centers for Disease Control and Prevention also doesn’t recommend the use of gaiters to protect against the coronavirus, noting that there is not enough research to recommend them at this time.

But a new study, which has not yet been published, found that we might have been too quick to dismiss these tube-shaped face coverings. The study, which is from the University of Georgia, took a protocol created by Duke University researchers (who used a laser to see which masks were best at preventing respiratory droplets from spreading) and enhanced it to create what seems to be the first actual face mask and neck gaiter study.

For the University of Georgia study, researchers used a 3D-printed box that was designed to reduce air particles, a Class 1000 clean room and a laser. The researchers had an adult male wear four bestselling two-layer cloth face masks from Amazon, five of the top single-layer neck gaiters from Amazon and three multi-layer gaiters from Mission. Each face covering was tested three times.

During testing, the subject stayed quiet for 10 seconds and then said “stay healthy, people” five times.

“The level of protection provided by a face covering appears to be substantially driven by the number and quality of layers of material and not whether it’s in the form of a gaiter or a mask,” the study authors wrote.

Neck gaiters first came under scrutiny after the Duke University study seemed to suggest that one type of gaiter was not effective at blocking respiratory droplets and may even make things worse. (The study found that there was a slight increase in the number of saliva particles put into the air when someone wore a neck gaiter versus no mask.) But one of the study’s co-authors later came forward to clarify what the findings meant. “Our intent was not to say this mask doesn’t work, or never use neck gaiters,” Martin Fischer, an associate professor at Duke, told the New York Times in mid-August. Variables, like how loudly the wearer was speaking and whether the mask had become moist, could have led to these findings, he said.

Suraj Sharma, a professor of polymer, fiber and textile sciences at the University of Georgia, and co-author of the latest study, tells Yahoo Life that he wanted to study neck gaiters to clear up misconceptions about the face coverings. “There has been a tremendous amount of conflicting information put out in recent months on face coverings, leading many people to believe that gaiters provide little to no protection, relative to masks,” he says. “This didn’t make sense to us. The type of material and number of layers should determine the efficacy of a face covering more so than the form factor. We wanted to put that thesis to the test.”

Sharma says he and his co-author, Tho Nguyen, a fellow professor at the University of Georgia, were “somewhat surprised” to see that the multi-layer gaiters outperformed the face masks. “It was clear from the results that whether a face cover loops behind your ears like a mask or goes around your head like a gaiter, the reduction in respiratory droplets is driven by the material and the number of layers used, rather than the form factor of a mask or gaiter,” he says.

Dr. Richard Watkins, an infectious disease physician in Akron, Ohio, and a professor of internal medicine at the Northeast Ohio Medical University, who did not participate in the study, tells Yahoo Life that it’s “scientifically plausible” that layers would matter more than the style of masks. “The more layers, the better,” he adds.

However, Watkins says, “More research is needed, especially replication studies and studies that sample airborne particles in real-world settings, before neck gaiters can be recommended over masks.”

Sharma calls bans on neck gaiters in some areas “very unfortunate,” adding, “fighting this pandemic requires us to encourage everyone to wear face coverings, and excluding a very popular face covering is a mistake.”

Sharma is hoping his research will be one among other findings that can help change the CDC’s stance on neck gaiters. “The CDC is simply saying that they can’t recommend gaiters yet, because they haven’t received enough data,” he says. “This is partly the reason why we wanted to study their effectiveness and ensure there is as much evidence-based information in market as possible for the public.”

If you’re interested in buying a neck gaiter, Sharma recommends looking for one that is “either long enough to be folded up to create two layers or is constructed with multiple layers.” Just know that it might not be considered an acceptable face-covering everywhere—yet.