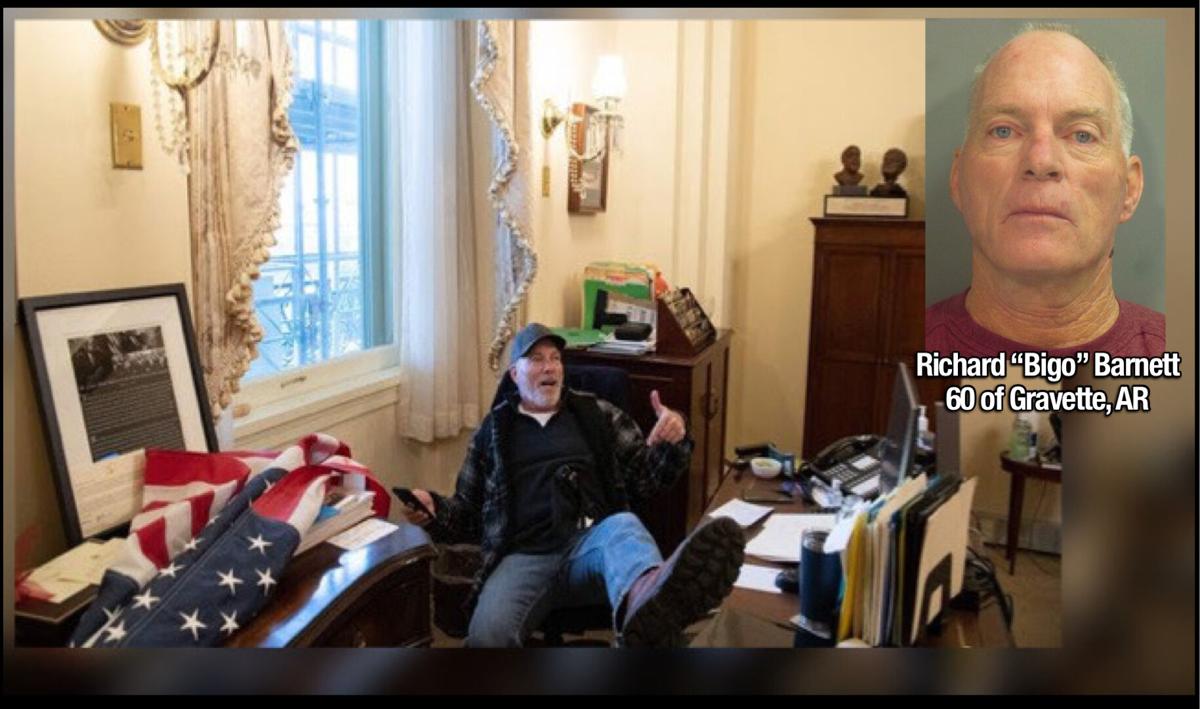 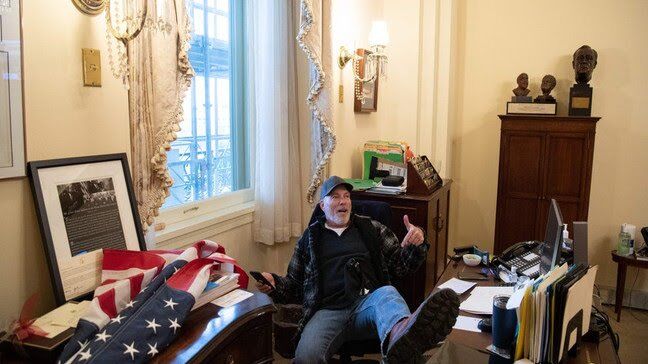 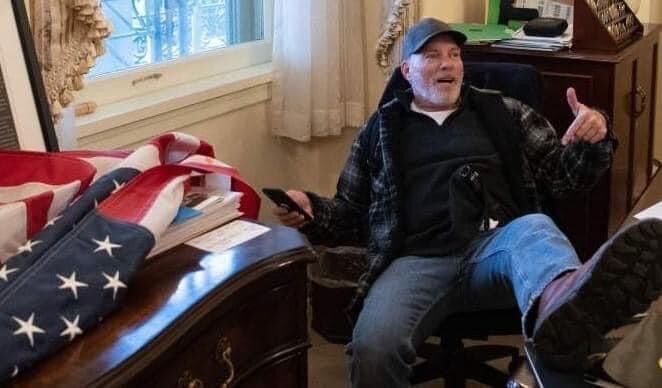 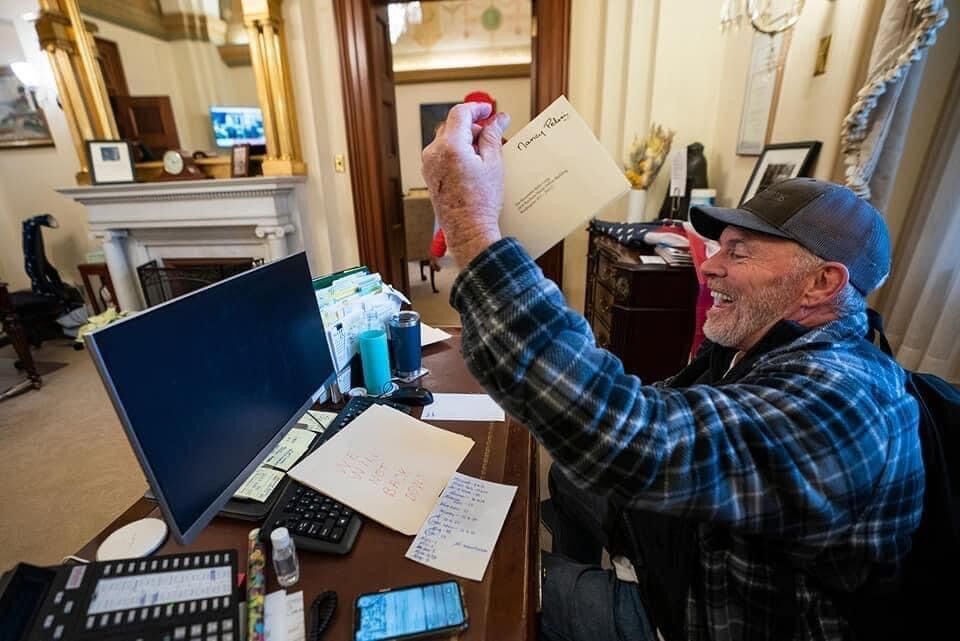 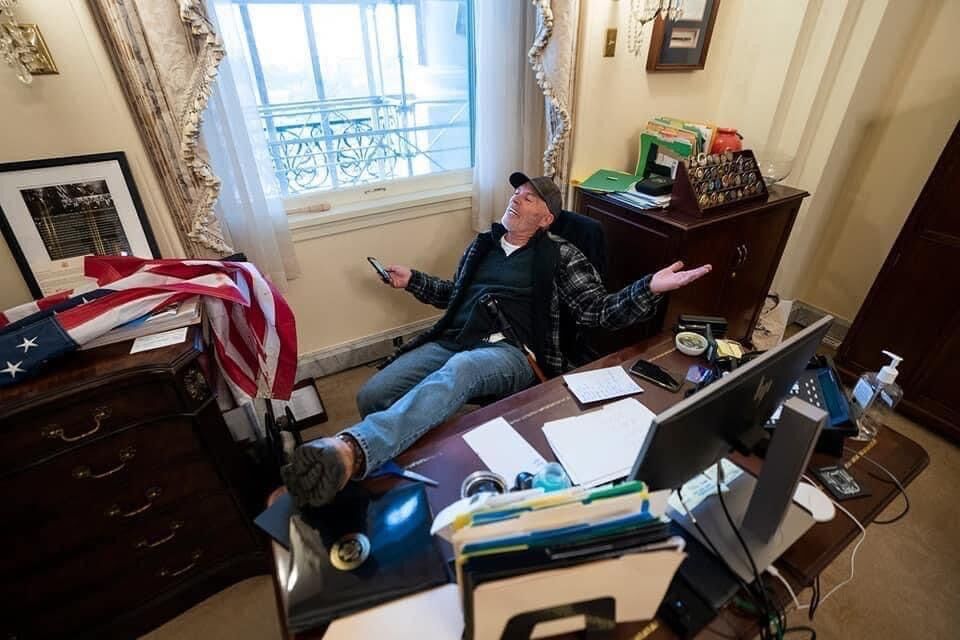 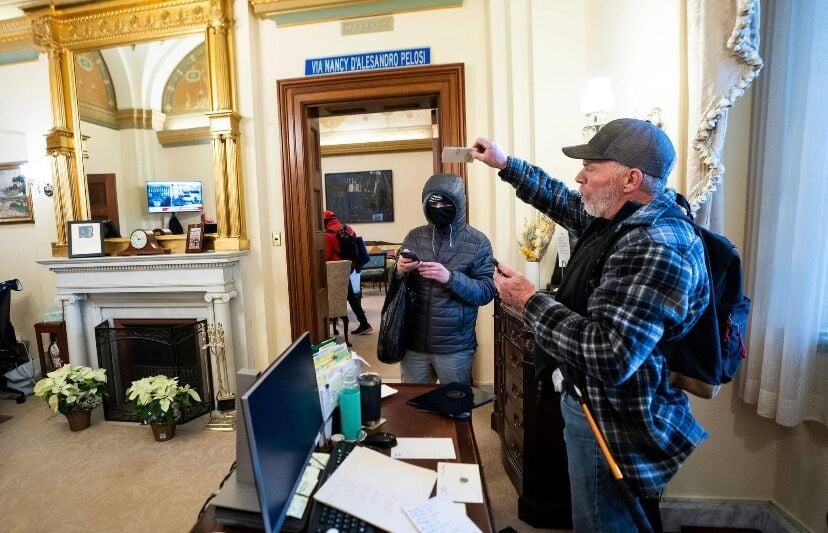 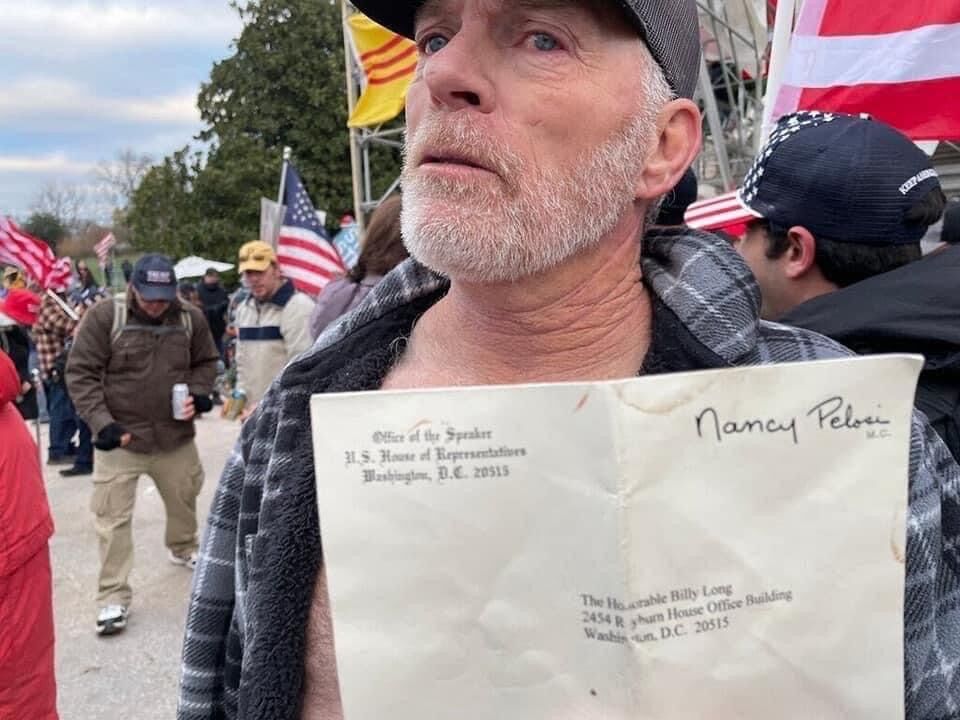 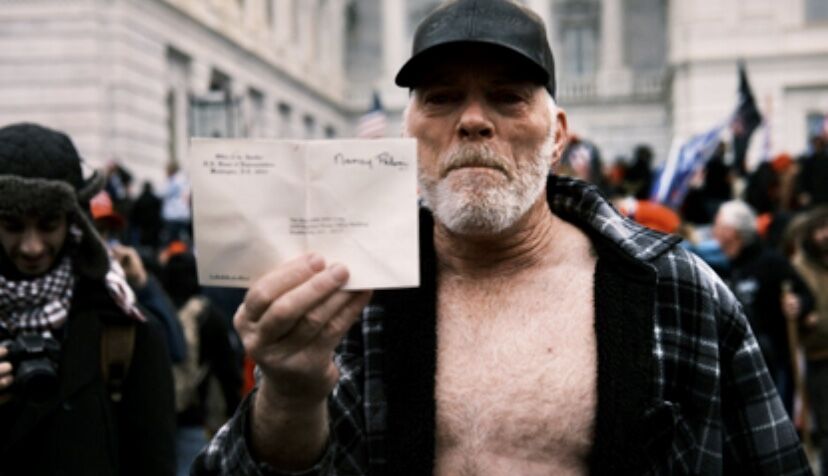 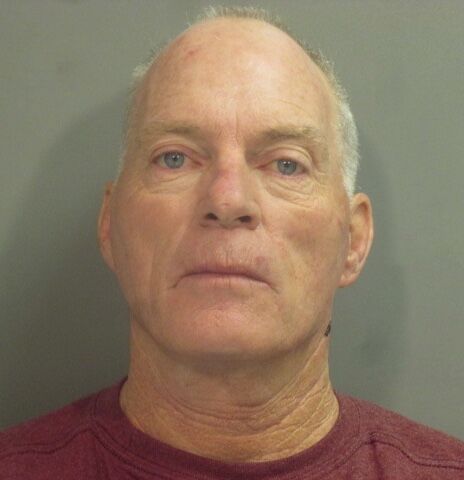 Barnett was booked on federal charges of entering and remaining on restricted grounds, violent entry and theft of public property.

Barnett was booked on federal charges of entering and remaining on restricted grounds, violent entry and theft of public property.

According to the FBI, the 60-year-old Gravette man who was photographed in House Speaker Nancy Pelosi's office has been arrested.

Richard “Bigo” Barnett, 60 of Gravette, was taken into custody after he turned himself in at the Benton County Sheriff's Office around 10 a.m. this morning, Friday, January 8. Barnett was booked on federal charges of entering and remaining on restricted grounds, violent entry and theft of public property, according to Department of Justice officials.

The Gravette Police Department, Benton County Sheriff’s Office, federal agents, and Barnett's attorney facilitated the situation that led to Barnett turning himself in and his subsequent arrest.

On January 6, Richard Barnett spoke to a New York Times reporter and shouted about being maced as he showed members of the media the personalized envelope he took from Speaker Pelosi’s office.  Barnett insisted he didn’t steal it, but advised, “I left a quarter on her desk.”

Barnett continued to state that he was “politely knocking on the door of Pelosi’s office when he was pushed in by other protesters” and after getting into Pelosi’s office, he said, “I wrote her a nasty note, and put my feet up on her desk,” then Barnett stated he scratched himself. In closing, Barnett used an expletive to refer to Pelosi.

At the time of this story, Barnett remains in custody at the Washington County Detention Center in Fayetteville, awaiting his initial court appearance.